Have you ever heard of Asian Milk Bread? It just might be the softest, fluffiest, most delicious bread ever! It’s like eating a pillowy cloud of bread because it’s so light and soft. It’s lighter than brioche, but it still has milk, egg, sugar, and butter to enrich it, which gives it a sweet and milky flavor. Milk bread is very popular in many Asian countries. It’s known as Yu Sikpan in South Korea, and it can also go by the name of Hokkaido Milk Bread or Shokuppan in Japan. Many believe the recipe originated in Japan. Some people claim it is of Chinese origin. But it is popular throughout Asia so it is often simply called Asian Milk Bread. The Hokkaido Milk Bread uses milk from Hokkaido, and what makes this bread soft and fluffy and light is the tangzhong method invented in Japan. It’s a few extra steps but it’s worth it for the texture that is the signature quality of this bread, and it’s what makes Asian bread softer than European breads. The tangzhong method relies on cooking the flour, and this allows the dough to absorb all the water to give it a moister feel. Your traditional European breads have a harder crust and a saltier, drier crumb; but Asian breads are soft, light, and springy. Asian breads don’t have as much of a crust. Similar to a roux, like what I use in quarkbrotchen, the flour is first cooked, then added to the rest of the bread dough. This allows the flour to absorb all the water and gives the dough a moister feel. The roux of milk and flour locks in the liquid. The flour in the roux mixture does not develop gluten, and because of that, the moisture gets locked into the roux. The bread has lower gluten levels which makes it softer. That also means it stays soft and fresh for longer, too, and makes it rise higher in the oven. The tangzhong comprises 5 to 10 percent of the total bread dough weight. They believe that this Japanese bread originated near Tokyo and that soft, sweet breads like this one can be traced back to 1875, with the creation of an pan, a soft bun filled with bean paste, or to a British baker who opened a bakery in Japan in 1862, but nobody is really sure. Asian-style bread is high in fat and sugar content, which also creates a softer texture. Most Japanese households didn’t have ovens before the Dutch and Portuguese arrived in the 16th Century, so bread wasn’t a staple food. When bread recipes arrived from Europe, the Japanese adapted by considering it a snack, which led to a preference for sweeter, softer breads and the creation of the adzuki-stuffed an pan buns. It became very popular in the aftermath World War II in Japan because rice was rationed in wartime, and yeast and wheat were coming in from America, so there was an emphasis on making bread. Milk bread is not only popular in Japan and other Asian countries, but now it’s spread to Western countries too, including North America. It’s featured in many trendy bakeries to eat as buns, or in restaurants as part of the bread basket or as the bread used in sandwiches. It’s got a ‘cool factor’ for the restaurants’ bread basket. It’s also available in Chinese bakeries and dim sum restaurants, and is all the rage especially in New York and San Francisco. I’ve heard so much about it I couldn’t want to try it myself!

I like milk bread because I adore a bread with practically no crust and lots of fluffy, soft crumb. While I always enjoy making bread, and I definitely like a lot of European-style breads including baguettes, some of them are a little bit tough, particularly baguettes, with their crusty exterior extruding ridges that can be a little rough when biting into them. I flocked to milk bread because of these qualities, and because it can be a great sandwich bread. In this particular case, the dough is so soft that you can make fun shapes with it, so I chose to shape it like cute little pull-apart bears. To me, it shows that it’s a good combination of East and West techniques that combine to produce a unique food. The bread is so sweet I even eat it plain, without any jam or butter, and it’s perfect for breakfast. It’s so soft it just melts into your mouth, and I really found that tangzhong roux technique to be fun to execute. I used a 9×13 pan to create this pull-apart bread that was fairly deep, and I was glad I did because the buns continued to rise in the oven and were quite tall. This bun makes a great dinner roll as well.

So why bears? I wanted to make something kid-friendly for all the families sending kids back to school. When it’s out of the oven, it’s a beautiful golden domed set of pull-apart rolls with a cloud-like interior. One adaptation that I did was that I used honey and not just sugar, as is the tradition, on account of the bear shape. The faces of the bears are made by piping chocolate on top of the buns once they are cooled. A lot of buns in Asia are shaped like cute little animals, so I took my inspiration from that tradition. I’ve also tried to make them in the shape of cats, but it’s harder because when baked the ears didn’t stay pointy. It’s just fun, it’s cute, it’s adorable, and I thought it would make a great back-to-school special. You can experiment with shapes, turning them into bears, cats, tigers, pigs, turtles, or even birds or baby chicks. It’s a great way to get the kids to help you in a kitchen project. I think that makes it tastier to eat, too! And it doesn’t need any special equipment. You can complete the look by putting the lunch in a bento box, ready to go to every fall event.

I love when September weather arrives and the air gets crisp and the evenings are cooler and it’s back-to-school time, and it’s so great to go to football games and soccer practice, and it has so many memories for me, moving from primary school to secondary school then onto college; the rituals of getting school supplies and shiny new pencils; it was such a special time. Those “firsts” are so important to get the academic year started on the right foot, so I wanted to do something special, since with the pandemic many things around school have been adapted and changed, so hopefully we can make it more fun. For some it might be “lasts” rather than “firsts,” like last meet-the-teacher day, last movie night, last exams. In Minnesota, the school districts are reopening and many of them are doing hybrid models. It’s so important to add something fun and enjoyable at such a stressful time with so much uncertainty. The magic of going back to school was wrapping my books in paper, thinking about who would be my new friends in class and who I would sit with, picking the outfit for the first day. It’s also a fresh new start, whatever level of school you’re in: new classes, new faces, new teachers, new subjects. It was so good to go back to school after having gone on summer adventures and spent so much time in the sun. Implicitly, in a new school year, there’s always something akin to a new year, making resolutions: I’m going to play a new sport, I’m going to get this grade. It can also be a stressful time, getting back into the groove of getting up early, making it to class, and heading off to extracurriculars. For both parents and kids, it’s a huge adjustment. This year, in addition to looking forward to the learning and the normal goals of an academic year, we also have reconnecting with students and teachers we haven’t seen since before the pandemic—or it could be that everyone is starting a new school because they graduated. So it’s exciting to resume learning, but it comes with the challenges of the pandemic still remaining, because it’s a big change for classroom environment and school culture.

Take this recipe as a “Honey Bear Bread Back-to-School Special” that, after the toughness of adapting to COVID-19, I felt we could all use a soft bread we could bite into and not worry about all that! 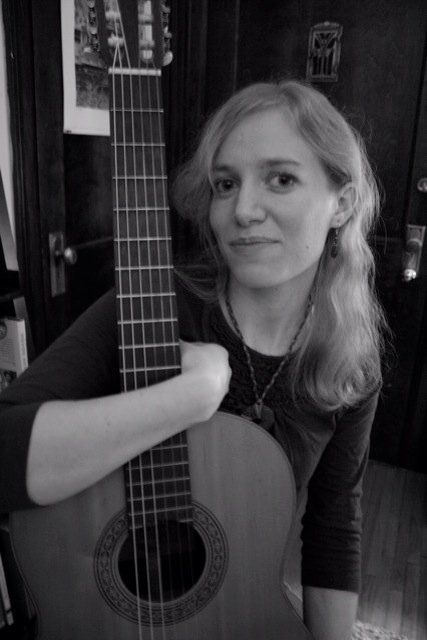