Yesterday, I had a wonderful visit to the apple orchard. It was a perfect day outdoors: a sunny day, blue skies, a light breeze, and rows of gorgeous apple trees laden with their ruby-red fruit. If you’re curious about my adventure at the apple orchard, you can read about it here. The apples were so beautiful! They inspired me to develop a recipe for the Maple-Glazed Minne-Apple Cake in the post today.

Admittedly, when mother nature presents me with such beautiful gifts from the trees, I don’t like obscuring them in a preparation, but because apple season is really immensely abundant here in Minnesota, we have so many apples that you can eat them fresh, bake them into pies, preserve them as canned apple sauce, press them into cider, or bake them into a cake, and still have fruit left over. But why cake instead of pie?

I love apple pie, but I confess that I am still a novice pie baker, and much intimidated by the art of creating a flaky, buttery crust that is not made soggy by a juicy pie. Pie-making is truly an art form and one that I did not grow up practicing. I am still very intimidated by it, so until I muster the courage to practice the art of making apple pie, I decided to make a sweet apple cake laden with the quintessential fall spices and topped with a sugary maple glaze. I promise you, this Bundt cake has all of the autumn flavors that we all so love and cherish and associate with the season: apples, cardamom, cinnamon, ginger, allspice, maple syrup, brown sugar, and ground pecans. Baked in a ring-shaped form in a Nordicware Bundt pan, it is portable, easy to share, eye-catchingly beautiful, and also super simple to decorate. It’s a classic, fuss-free, one-bowl cake that can be a great dessert or midday treat with tea or coffee.

Lastly, you may notice that I aptly named this cake Minne-Apple cake, paying homage to my hometown of Minneapolis. If you are curious, this playful nickname came about when Minneapolis was contrasted with New York City, the Big Apple. As wonderful as New York City may be, Minneapolis is and forever will be ranked first in my heart. Minneapolis is the artsiest town on the prairie, a bite-sized version of the Big Apple itself, and a land of art, literature, lakes, and yes apple orchards, offering thousands of things to do and see and taste -including a slice of autumn-flavored comfort that is hard to beat anywhere else.

Hope you enjoy the cake! 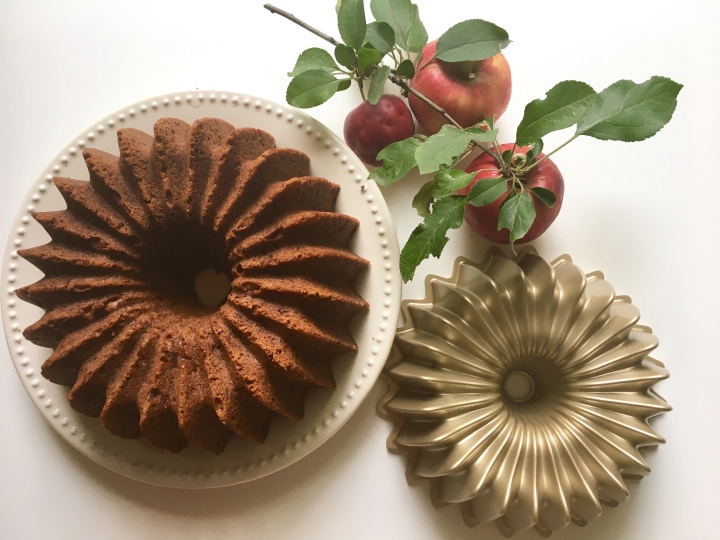 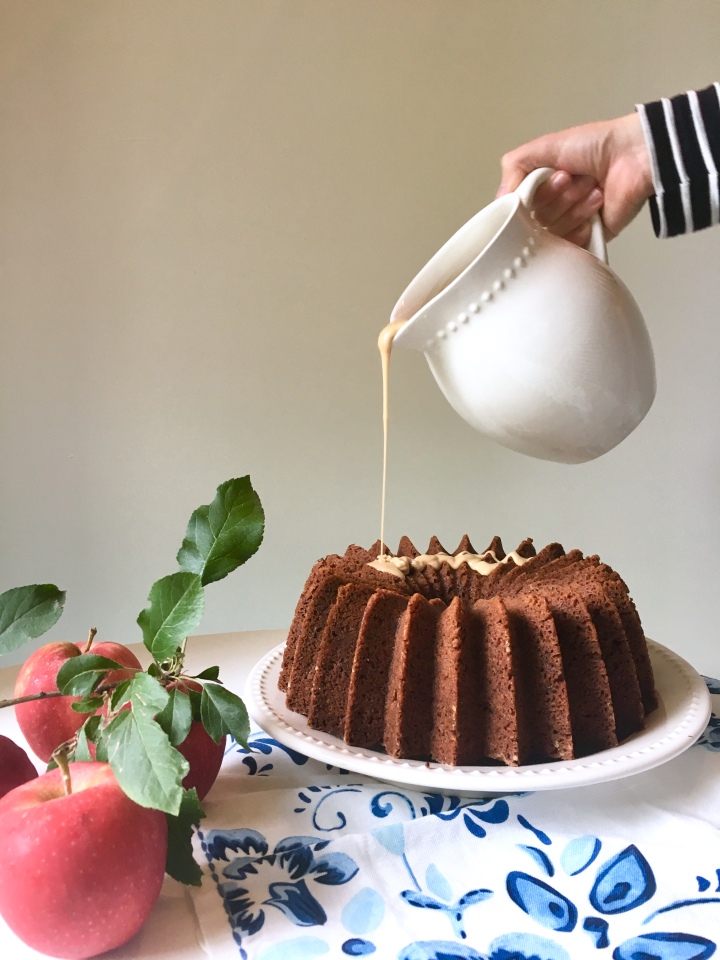 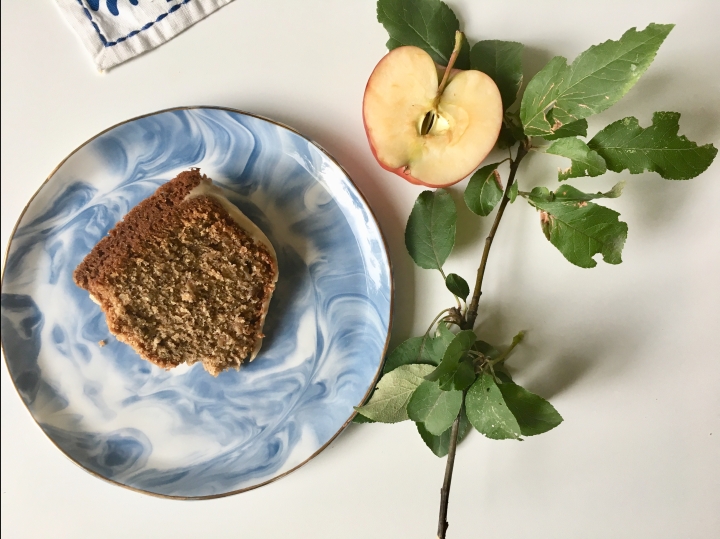 For the Maple Glaze

*I made my own apple pie spice by mixing: